At Atrium Health, we are proud of our premier network of hospitals and physician practices. We consistently attract the most talented and committed healthcare professionals to provide excellent care and partnerships in our communities. We are committed to our culture, values and the solid foundation from which our employees learn, develop knowledge and skills, and pursue endless opportunities for growth.

As one of the nation’s leading and most innovative healthcare systems, we invite you to join our Atrium Health Talent Network. 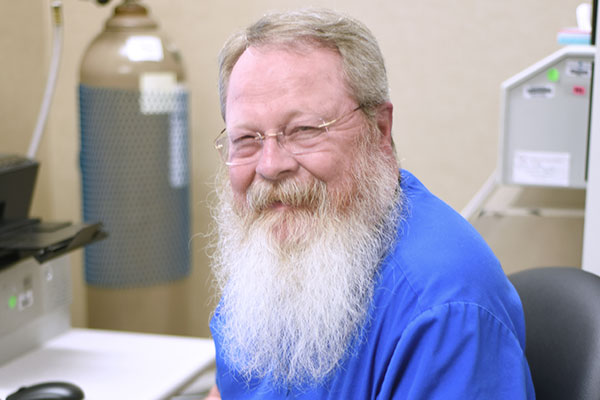 As a respiratory therapist with over 46 years of service, Maurice has roots that run deep at Atrium Health Carolinas Medical Center. His grandfather laid the plumbing in the original Charlotte Memorial Hospital in 1938, the same building he works in today. In the early 1970s, Maurice's brother, who had been a medic in the Army during the Vietnam War, worked in the inhalation therapy department at Charlotte Memorial. It didn't surprise many when he followed his brother into the same role in September 1972.

"If you want to take care of patients, this is the place to do it," says Maurice. "Our physicians and our organization have a great respect and trust for our respiratory therapists. I still feel that way today. It's been a very fulfilling career."